Botlhale Boikanyo (born 23 May 2001) is a South African poet, actress, and musician. She rose to fame after winning South Africa’s Got Talent grand prize in 2012. 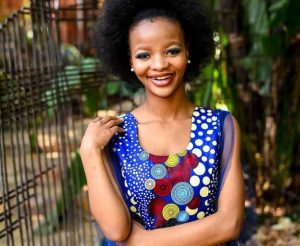 She is in a relationship with Kagiso Phaswana, also known as Kpaparazzi. Boikanyo’s boyfriend is a photographer and content designer.

Boikanyo has had a passion for poetry since she was a child. She was already composing and reciting poetry when she was six years old. She started off by performing at churches, weddings, schools and public events.

At 12 years old, Boikanyo participated in the South Africa’s Got Talent and ended up winning the grand prize of 2.5 million rand. The opened her up to many opportunities both home and abroad.

Bothlale released an album named “Spoken Word & Song” in 2014, which featured some of her most famous poems set to music.

Drop your queries regarding Botlhale Boikanyo Biography below in the comment box.