Mayihlome Tshwete (born 10 December 1982) is a South African who served as the spokesperson for the Department of Home Affairs.

He also worked as the Head of Communications for the same department.

His father, Steve Tshwete, was the former South African Minister of Safety and Security. 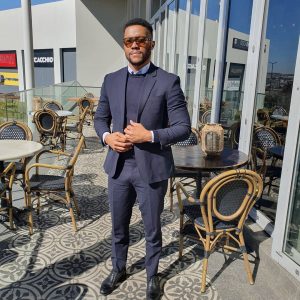 Steve Tshwete and Pamela Tshwete are Mayihlome’s parents. His father was a South African politician and activist with the African National Congress.

He served as the first Sports Minister and later was Minister of Safety and Security. Mayihlome lost his father on 26th April 2002.

Pamela Tshwete is the Deputy Minister of Water and Sanitation. She had previously served as an MP since 2002. He has two siblings named Lindela and a sister known as Yonda.

Mayihlome Tshwet is married to Zizo Tshwete. The couple got married on December 11, 2015, at the Gonubie Manor venue in East London. They had the  Xhosa wedding the next day at Eastern Cape, King William’s Town.

They were both there for different reasons as Mayihlome Tshwete was part of the organizing committee while Zizo was there to cover the event for Selimathunzi.

They have a son together named Vukile Tshwete. He was born in 2016

He served as the spokesperson for the Department of Home Affairs. He also worked as the Head of Communications for the same department. He resigned in 2018.

He has an estimated net worth of  $1 -$5 million which he has earned as a spokesperson.