Zenokuhle Maseko (born 2 February 1998) is a South African actress and model who came to limelight for her role as Mbali on ‘The River”. 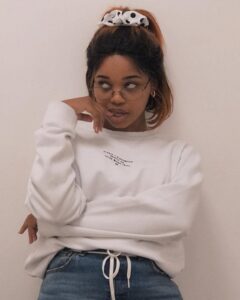 After spending most of her lifetime in Benoni, she moved to Johannesburg to pursue her passion for acting.

She went to audition for The River and was called up two weeks later. She landed the role of Mbali on The River.

On her experience on “The River”, here is what she had to say:

I HAD A CLOSE RELATIONSHIP WITH EVERYONE, AND LOVE THE FACT THAT IT WAS SUCH A SAFE, LOVING SPACE. IT ALWAYS FELT LIKE I WAS LEAVING HOME TO GO HOME (WORK). THEY’RE CRAZY FUN BUNCH, WHO ARE EXTREMELY HARDWORKING AND DEDICATED TO PERFORMING TO THEIR LEVEL BEST. THAT’S ONE OF THE THINGS I DEEPLY ADMIRED ABOUT THEM – PROFESSIONALISM AND A HEALTHY, SUPPORTIVE ENVIRONMENT.

She has an estimated net worth of $80,000 which she has earned from acting.