Angie Motshekga (born 19 June 1955) whose full name is Matsie Angelina Motshekga is a South African politician and the appointed Minister for Basic Education. 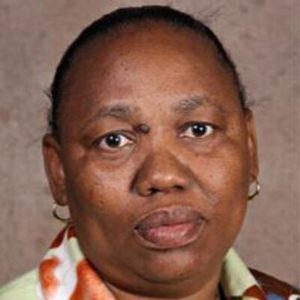 She is currently married to Mathole Motshekga. Angie has a child named Makgatho Mmathari Motshekga.

It is believed that she sits pretty on a R2.3-million-a-year salary

She has an estimated net worth of $2 million which she has earned as a politician.

We are announcing the 2018 NSC examination results on the year in which South Africa will be celebrating its 25th anniversary of political freedom and democracy.

The NSC examination results are one of the most important barometers to evaluate progress made by Government in improving access, redress, equity, inclusivity, efficiency and the quality of teaching and learning outcomes.

This, the Government has done by strategically implementing national, continental and international commitments as articulated in the UNESCO Sustainable Development Goals, 2030; the African Union Continental Education Strategy for Africa, 2025; the National Development Plan, 2030;

The Medium-Term Strategic Framework and the National Strategy for Learner Attainment – all of which are articulated through our Action Plan to 2019: Towards the Realisation of Schooling by 2030.

At the dawn of democracy in 1994, the topmost priority of Government was to establish a single, unified and democratic system of the education system, based on human rights.

Transformative legislation and policy frameworks were developed to ensure that the radical reforms envisaged by Government are realised.

The result of Government’s reforms and developments over the past 25 years, can be seen in the educational outcomes which have improved in virtually all measures.

We are, without a doubt improving access, redress, equity, inclusivity, efficiency and quality of our basic education system.

I wish to encourage South Africans, to visit the DBE website, where the comprehensive version of this Speech can be found.

Drop your queries regarding Angie Motshekga Biography below in the comment box.