Zandile Gumede whose full name is Zandile Ruth Thelma Gumede is a South African who served as Mayor of the eThekwini Metropolitan Municipality from 2016 until 2019. 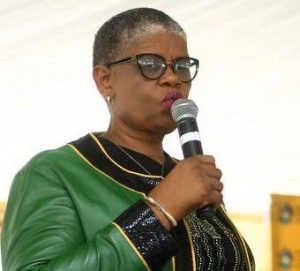 Zandile Gumede Family
She is one of the thirteen children born to Mr and Mrs Majola. Her father was a police officer. She is a mother of four and a grandmother of seven.

Zandile Gumede Salary
Her salary is estimated to be around R1.35million per year.

Alleged Crimes
On the 14 May 2019 Gumede appeared in the Special Commercial Crimes court in Durban for multiple crimes relating to fraud, she was released on R50 000 bail, pending further court appearances.

The ANC Youth League called for Gumede to resign as mayor because the bail conditions imposed by the court would not allow her to execute her mayoral functions.

While the ANC women’s league has shown support for her to remain in office.