She was born into the family of Mr and Mrs Nokhaya and Mlamli Mkutukana. Bulelwa Mkutukana is the sixth of seven children and she displayed her love for singing at age 6.

She first came to wider attention when she was appointed the lead singer of a local Sunday school choir in Phumlani. Her stage name means “blooming flower”; as a child, she was known by the nickname “Spinach”.

In July 2014, Zahara’s younger brother was murdered in East London. According to Zahara, she went through a period of depression after his death. 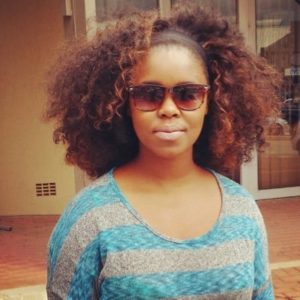 Zahara can be considered as Singer-songwriter, poet, recording artist, performer. Her career kicked off when she was spotted singing on the streets of East London by TK Nciza of TS Records, who eventually signed her to his label.

Her music has been described as a mixture of styles that have been popularized by Tracy Chapman and India.Arie. She sings in her native language, Xhosa, as well as in English, and her music is classified loosely as “Afrosoul”.

Zahara released her first album in 2011 titled Loliwe. Within 72 hours, the first issue was sold out. 19 days later, the album reached double-platinum status in South Africa by surpassing the 100,000 sales mark, making her the second musician after Brenda Fassie, who was also a Xhosa native, to reach this figure in such record time.

Zahara released her first live DVD which featured X-Factor USA contestant LeRoy Bell, and according to the standards set by the Recording Industry of South Africa, the DVD reached platinum in one day.

In 2012, Nelson Mandela invited her to his home to perform a private bedside concert.  She composed a song titled “Nelson Mandela” in his honor and released it as an EP.

Zahara signed with Warner Music South Africa in 2017 and released Mgodi, her fourth studio album. The album went gold after only six hours. Zahara is the brand ambassador for the Nelson Mandela Children’s Hospital.