Siegfried Jwara  (born 1 February 1957) whose full name is Siegfried Mandla Jwara is a South African prelate of the Catholic Church who has been appointed archbishop of Durban. 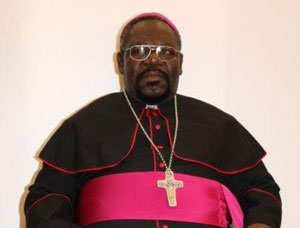 He was born on the 1st of February 1957 in Saint Nivard, KwaZulu-Natal, South Africa. As of 2021, he is 64 years old and celebrates his birthday on February 1st every year.

After attending the Kwa-Hluzingqondo School in uMkhomazi and completing his high school studies, he entered the Congregation of the Missionaries of Mariannhill on 1 February 1981.

Siegfried Jwara completed his studies in philosophy and theology at Saint Joseph’s Theological Institute in Cedara from 1982 to 1986.

He was titled titular bishop of Elephantaria in Proconsulari by Pope Francis on April 30, 2016. Bishop José Luis Ponce de León of Manzini consecrated him as an episcopal candidate the following June 25.

The Southern African Catholic Bishops’ Conference elected him as one of the two bishops’ representatives to the 2018 synod on youth and discernment.

Pope Francis named him to succeed Cardinal Wilfrid Napier as Archbishop of Durban on June 9, 2021.

Drop your queries regarding Siegfried Jwara Biography below in the comment box.