Sibulele Gcilitshana is a South African actress, singer and dancer known for her role as Zandi in the SABC1 youth drama series Soul City, from 2005-2008. 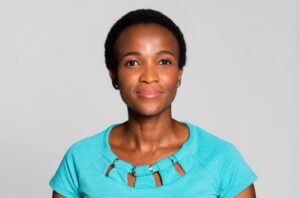 In 2000, she graduated from the Tshwane University of Technology with a National Diploma in Musical Theatre.

She earned a nomination for a FNB Vita award for Best New Actress in 2002. ‘Thirst,’ directed by James Ngcobo, was a critical success, as was her title role in ‘Sunjata,’ in which she collaborated with Ngcobo once more.

For five years, she was a member of the touring production of “Truth in Translation,” which received a Fringe First prize at the 2008 Edinburgh Fringe Festival.

She has an estimated net worth of $70,000 which she has earned as an actress, singer and dancer.

Drop your queries regarding Sibulele Gcilitshana Biography below in the comment box.