Njabulo Nzuza is a South African politician who serves as the current Deputy Minister of Home Affairs. 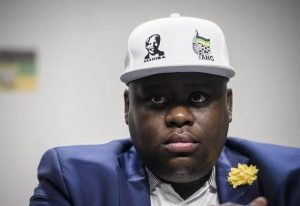 Between 2015 and 2018, Nzuza served as the ANCYL Secretary-General. He has also worked as the Economic Development Senior Manager for uThungulu District Municipality.