David Mahlobo (born 14 January 1972) is a South African politician who serves as the current Deputy Minister of Human Settlements, Water and Sanitation. 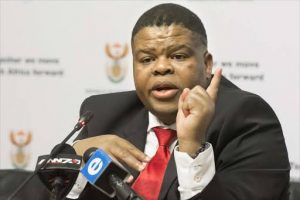 His parents are Chief Mandlenkosi Mahlobo and Sibongile Mahlobo. His father is the chief of the KwaMahlobo Traditional Community in Mpumalanga.

Mahlobo attended Bambanani High School and graduated in 1991. He went on to study Microbiology and Biochemistry at the University of Zululand. In 1999, he received a BSc Honours degree in biochemistry.

Mahlobo has an estimated net worth of $400 000 which he has earned from his career.