Mampho Brescia (born 8 December 1977) is a South African actress, TV presenter, and voice artist. She is best known for playing the role of Zanele in the M-Net drama series Jacob’s Cross. 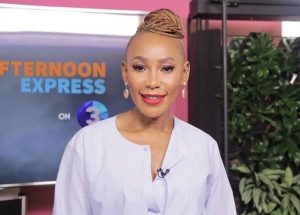 Brescia was educated at Wits University where she obtained a degree in International Relations.

She is married to Nicola Brescia. The couple have been married for over ten years. They decided to adopt a daughter in 2016.

She had her television debut in 1998 as a presenter on the show, Reality Check. In 2002, Brescia appeared as a guest starring as Mbali on SABC1 soapie Generations. This was her first acting role.

The following year she was a news presenter for AfriSat, a satellite television channel featuring actuality programmes and African news.

She has since then experienced exponential growth in her career, starring in major television series and bagging big deals.

Brescia has an estimated net worth of 5 million rand