Masoja Msiza (born 5 October 1964) is a South African actor, poet and musician known for his role as “Nkunzi Mhlongo” in the award-winning telenovela Uzalo.

He is also known for his role as Welcome on the e.tv drama series Umlilo and has appeared in numerous TV series including Jozi Streets, Mtunzini.com, Scandal!, Isidingo.

He started acting when he was 9 years old and he enjoyed participating in art and drama classes.

At age 14, he participated in a drama competition in his school which he won. He wrote and performed on a promo at Ukhozi FM. 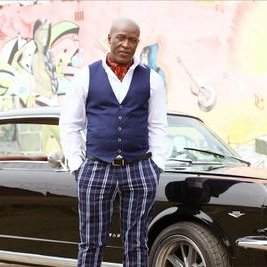 Msiza is married and is a father of three, one son and two daughters.