She debuted in the series premiere on 13 October 2011 and also appeared in the 2006 mini-series When We Were Black. 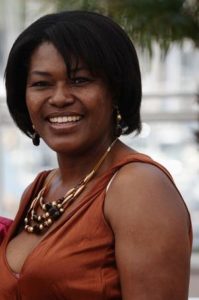 She matriculated from St. Anthony’s Centre which is located in Boksburg. Manamela joined the Squints Artists Community Theatre Group in Alexandra and performed in The Virus and Let’s Talk About Aids at The Market Theatre Laboratory Annual Festival.

She performed in Broken Dreams with The Market Theatre Laboratory drama school and also featured in Theatre Sports for SABC3, toured Sweden with Gommorah, Koze Kuse Bash, Ways of Dying, Bozoli at The Market Theatre and The Grahamstown Arts Festival.

She also performed for the Young Writers Festival at The Market Theatre for two years.

Her television career began in 1998 with Soul City, Isidingo, Yizo Yizo II, Justice For All II & III, Zero Tolerance, Soul Buddyz and Behind The Badge.

Films include Dr Lucille, Hijack Stories, Country of My Skull and Yesterday. She played the lead in My Other Mother.

In 2013 she joined the e.tv soapie Rhythm City in the role of Nomzamo, Suffocate’s alcoholic mother who has been drinking heavily for decades and uses alcohol as a coping mechanism.

In 2014 she had a starring role as Elizabeth Malinga, an optimist with strong moral values, but she’s learnt not to trust the rich and their empty promises, in the SABC2 drama series Sweetwater.

Also in 2014, she starred as Dieketseng Mofokeng, the sister of Dibuseng Makwarela (Nthati Moshesh), who is forced to help her sibling fight for her forgotten values, in the SABC2 thriller series Thola.

In the same year, she had a guest-starring role in Episode 9 of the SABC1 docu-drama series Ngempela.