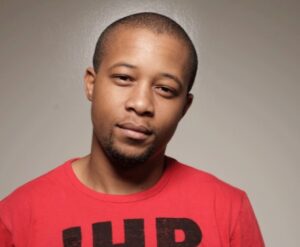 Lulo was born Sikhululo Maliwa in Tsolo, Eastern Cape, but grew up in Sasolburg, Free State.

His journey into the world of music as one of South Africa’s most well-known D.J.s began in 2003 when he embraced the task of learning how to mix for a live set on a Bloemfontein radio station in just two weeks.

This pivotal event not only ushered in the birth of a D.J. who is passionate about sharing stories behind the decks, but also one who connects with his audience on a personal level.a

Lulo has established himself as a connoisseur of quality, cutting-edge House music as well as a notable selector, with sets ranging from downtempo lounge to deep soulful grooves and funky selections.

Drop your queries regarding Lulo Cafe Biography below in the comment box.