Mokete Tsotetsi (born 14 November 1982) is a South African international footballer who plays as a central defender. 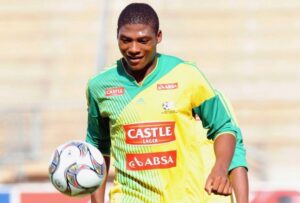 He earned one cap for South Africa, which came in a FIFA World Cup qualifying match against Sierra Leone on 14 June 2008.