She was also the former Minister of Energy from 2009 to 2013 having served as the successor to Manne Dipico as the second Premier of the Northern Cape Province, 22 April 2004 to 10 May 2009. 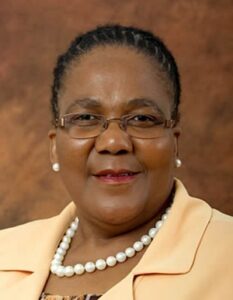 She had her secondary school education in Tidimalo Junior Secondary and Tshireleco Senior Secondary in Kimberley. After matriculating, she gained admission for a Bachelor of Arts degree in Social Work at the University of the North.

Drop your queries regarding Dipuo Peters Biography below in the comment box.