Nelisa Mchunu (born 2 February 1992) is a South African actress, model, MC, motivational speaker and writer. She is popularly known for her role as Fikile on SABC1 soap opera, Uzalo. 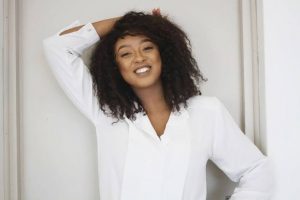 Mchunu was raised by her single mother. Her father died when she was just four years old.

She went to the University of Witwatersrand to study Media Studies. Mchunu has to leave school due to financial difficulties as her mother could not afford the fees.

The actress worked as a waitress and an assistant for a PR company before she landed a job as an extra on SABC 3’s Isidingo. She then joins Uzalo in 2016 and her family was quite excited.

Mchunu has an estimated net worth of $150 000 which she earned during her career as an actress and model.