Mapaseka Koetle (born 23 March 1989) is a South African actress, businesswoman and blogger known for her role as Dintle in the TV series, Scandal. 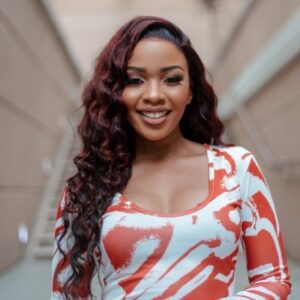 She is married to Nelson Nyokeng and together they have a daughter named Nema born in September 2016.

Born and bred in Bloemfontein, she relocated to Johannesburg to fulfil her dream of being an actress. She got her first role which was in theatre playing the role of ‘Lesedi’ in the hit play “Show Off”.

She got her breakthrough after featuring in Mzanzi Magic’s local film ‘Second Chances’ produced by Andile Ncube. Koetle shares a stage with the legendary Maake ka-Ncube and her all-time favourite actress Nthati Moshesh.

She has an estimated net worth of around $300,000 which she has earned from acting.