Bishop Makamu is a South African preacher, entrepreneur, television host, and motivational speaker. He is the founder of Endless Hope Bible Church with about 10 branches across South Africa. 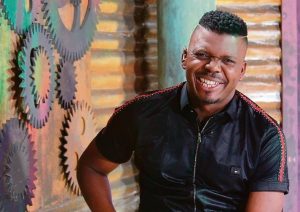 He was born in Katlehong, Gauteng to Titus and Rophinia Makamu. His father, who was also a pastor, does in 2017. Makamu is still in his early 40s.

He attended the Christian Family Church International Bible College where he studied Theology.

Makamu met his in 2003 when she was just 19 years old. She was a student of aAnn Latsky Nursing College, Johannesburg. Hlonifile is a nurse.

Makamu is a full-time pastor at Endless Hope Bible Church. He used to be the host of the TV show Rea Tsotella on the DStv channel Moja Love. He had to step down from the position due to the sex scandal he was facing.

He also runs a reality show titled  I am Bishop I Makamu on Moja Love. It showcases the hurdles he faces as a pastor in his day-to-day activities.

Bishop Makamu was all over the news when a voice note from 2017 resurfaced online where he was asking an unidentified lady for sex.

Your Bishop Makamu, TV presenter and Businessman alleged telephonic conversation between himself and a what sounds like a teenage Girl.

The lady revealed that the Bishop attempted to send her father R 1,000,000. The money was intended to buy the family’s silence and make the story disappear. They refused his money, and she eventually quit her job at the church because she was afraid.

He apologized to his wife during a sermon on reconciliation on May 16th, in which he asked those who had made no mistakes to throw the first stone.

In his sermon, he said that those who do not know God are incapable of forgiving others. His wife has remained by his side throughout, insisting that there will be no Bishop Makamu divorce anytime soon.

Drop your queries regarding Bishop Makamu Biography below in the comment box.