Bahle Hadebe (born 11 January 2005) is a South African actor known for his role as Boikanyo in the SABC2 drama series Bone of My Bones. 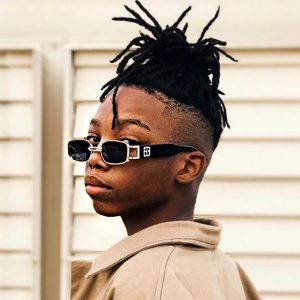 In the SABC2 coming-of-age drama Bones of My Bones, he made his television acting debut on March 1, 2017, in the series premiere.

Later that year, he was cast in another recurring role, this time as Spha on the Mzansi Magic drama Ring of Lies, with his first appearance on September 20, 2017, in Season 2, Episode 31.

The next year, he starred in an episode of the international crime thriller series Ice, which aired on Audience Network in the United States, in an episode titled “Two Ounces,” which was shot in Cape Town (Season 2, Episode 7).

Bahle portrayed Seydo Konaté in seven episodes of the second season of the international espionage thriller Deep State, which aired on Fox in the UK in 2019.

He also starred in the short film The Letter Reader, which tells the story of a young lad from Johannesburg who moves to KwaZulu-Natal and begins reading letters for villages, only to fall in love with one of the recipients.

He received his first leading role in television the following year, playing family child Zakhele Dlamini in the BET sitcom Black Tax, which follows a prosperous professional woman and her family after her parents unexpectedly move into her modest suburban home.

Drop your queries regarding Bahle Hadebe Biography below in the comment box.