Dustin Beck (born 18 September 1993) is a South African actor known for his role as Luke on the kykNET & kie soapie Arendsvlei. 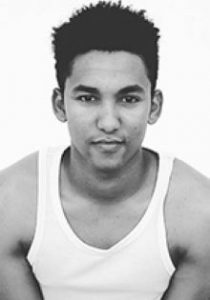 In 2011, he graduated from Eersterivier Secondary High School in Cape Town and spent the following year studying physical theatre at the Magnet Theatre, a Cape Town-based group.

Dustin then went to the University of Cape Town to study theatre and performance from 2013 to 2016.

Dustin first appeared on television in the recurring character of Earl on the kykNET drama series Sara se Geheim (Sara’s Secret) in Season 2, Episode 6, which aired on May 15, 2018.

Later that year, he was cast in the recurring character of Luke on the kykNET & kie soapie Arendsvlei, and made his debut appearance in the role in the series premiere on October 1, 2018.

Dustin made his first starring role on television as Imaad Adams, a call center helpline agent, in the SABC2 serial Die Sentrum, which follows a group of eight varied counsellors who work together at a helpline contact center.

Drop your queries regarding Dustin Beck Biography below in the comment box.