Zwai Bala (born 15 February 1975) is a South African musician, actor and producer. He is the eldest of the Bala Brothers, a vocal trio made up of Zwai, Loyiso and Phelo Bala. 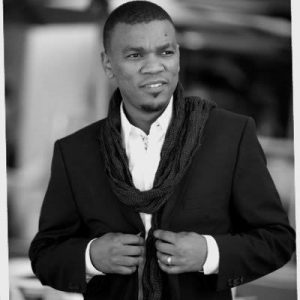 Bala studied at the Drakensberg Boys’ Choir School, near Winterton, KwaZulu-Natal, and matriculated at St. Stithians College in 1994.

He then pursued an online Master’s Certificate in Orchestration for Film and Television at Berklee College of Music in Boston.

Zwai was born into a musical family. His parents were choristers, they first met while singing in church choirs. His grandfather was a choral composer. He is the eldest brother of celebrated musicians Loyiso and Phelo Bala.

He was married to Metro FM newsreader, Melanie Bala for 18 years. They divorced in 2018 over cheating allegations. According to Daily Sun, Zwai had allegedly been caught cheating three times which was the main reason why the couple has now filed for divorce. The couple have two children together.

Zwai has moved on since then and recently posted a picture of his pregnant girlfriend on his Instagram page. The identity of his girlfriend is still unknown.

In 1988, at age 13, Zwai made history by becoming the first black member of the then-segregated Drakensberg Boys’ Choir School. In 1995, after his time in Choir School, Zwai joined Kwaito group TKZee.

At the 53rd Annual Grammy Awards in 2011, Zwai also was nominated for the Grammy for Best Traditional World Music Album in the World Music Field for his production work on Soweto Gospel Choir’s Grace Zwai also performed with TKZee at the 2010 World Cup in South Africa.

Zwai has had extensive television experience with performances on local soapies and even hosting various programmes. He is also a judge on the reality competition talent search Popstars, appearing since the second season in 2003.