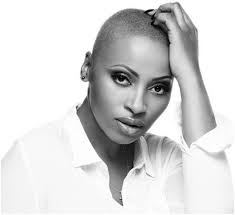 She holds a degree in human resource management from the University of the Free State, from which she graduated in 1997.

Zonke’s late stepmother Anneline Malebo introduced her to many artists during her early years as a musician, including Ringo, Joe Nina, and Deborah Fraser, with whom she collaborated on writing and vocal talents.

Her big break came when she wrote the song “Africa, My Motherland” for the German band Jazzkantine. After she and the rappers Mandla and Mzo, the band was dubbed Culture Clan.

She recorded a live album at the Lyric Theatre in Goldreef City, Johannesburg, on October 25, 2013, which was released by Sony Music Entertainment under the title Give and Take Live. Within two months of its release, the album was certified gold, and it also received two category awards at the 20th South African Music Awards.

She has an estimated net worth of $200,000 which she has earned as a singer-songwriter and record producer.

Drop your queries regarding Zonke Biography below in the comment box.