Thulisile Phongolo (born 22 January 1994)  and also known as Thuli Phongolo is a South African actress, DJ, voice-over artist and television personality.She is popularly known for playing the role of presenter Zama on the third season of the SABC1 youth drama series Tshisa, in 2012. 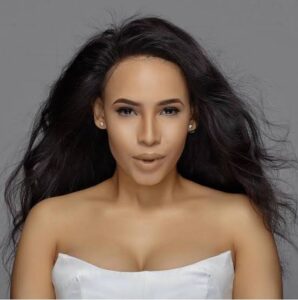 The actress is in a relationship with Raphael Griffiths. He is a South African actor who plays the role of Vusi Mokwevho on SABC 2 soap opera Muvhango.

Phongolo landed her first acting role in 2012 when she played the role of Zama in Tshisha on SABC 1. In 2013, she joined Craze-e, a youth piece program on e.tv

She landed another television role in 2014 as Namhla on Generations. She acted as a 17-year old secondary student, whose mother is an ex-convict.

She has an estimated net worth of $200,000 which she has earned as an actress and DJ