Zamani Saul (born 7 March 1972) is a South African politician who serves as the current Premier of the Northern Cape.

He is a Member of the Northern Cape Provincial Legislature and also serves as the Provincial Chairperson of the African National Congress (ANC). 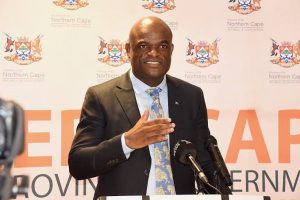 He is married to Tapsy Saul, and they have children together.

He has an estimated net worth of $2 million.