Wendy Ackerman is a South African businesswoman and philanthropist. She is the executive director of Pick n Pay Stores.

Ackerman is known as one of the richest women in South Africa. 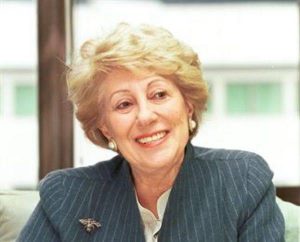 She is married to Raymond Ackerman. They have four children and twelve grand children. Ackerman with her four children run the family business together.

In the 1960s, She started her career as a teacher at the English Academy in Soweto. In 1981, she joined her husband, Raymond Ackerman, as a Director of Pick n Pay Stores, a retail company that he had purchased.

Pick ‘n Pay has expanded to become one of Africa’s largest supermarket chains, with a turnover of 37 billion Rand (as of 2006) and more than 124 supermarkets, 14 hypermarkets, and 179 franchised outlets under his leadership. In many African nations, the Pick ‘n Pay Group employs over 30,000 employees.

She is a trustee of the Ackerman Family Educational Trust, which provides much-needed bursaries to students from all over South Africa, allowing them greater access to opportunities. She is also a trustee of the Pick n Pay Bursary Fund, which helps children of Pick n Pay employees with their education.

Ackerman has an estimated net worth of $190.2 million according to Forbes in 2019.She is one of the richest women in Africa.

Drop your queries regarding Wendy Ackerman Biography below in the comment box.