Hlubi Mboya (born 2 March 1978) whose full name is Hlubikazi Mboya is a South African actress who has portrayed Nandipha Sithole in the soap opera Isidingo.

She was born in South Africa and attended Rustenburg Girls High School.

She took over the role of Nandipha Sithole on Isidingo from Manaka Ranaka in 2002. Hlubi made her film acting debut in the 2006 South African short film Shogun Khumalo Is Dying! 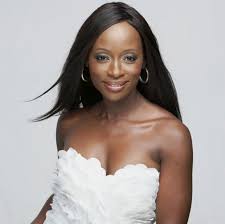 She tied the knot with her husband Kristen Arnold in a traditional wedding in November 2015.

She has also been ranked in five editions of FHM magazine’s 100 Sexiest Woman In The World.

Hlubi Mboya opens up about the hardships of being an actress: ‘I’ve been beaten up’

Hlubi Mboya has recently opened up about the challenges she has faced in the entertainment industry.

Taking to Instagram the 38-year-old seasoned actress revealed that all that glitters is not gold in the business of acting.

“Here’s the thing: I’m 38, I’m black, and I’m a woman. So those are three really hard things to deal with…except I’m always working, but I really work hard to get – sometimes – crumbs,” she began.

She then explained that although she feels “blessed and lucky” to have managed to forge a career as an actress, it hasn’t come without copious obstacles.

“There are times I’ve been beaten up in this business. It hasn’t been just roses and fairytales.”

Having in shot to fame in late 2000 when she took over the role of Nandipha Sithole on SABC 3’s Isidingo, Hlubi revealed that the secret to longevity in the industry is to not only staying true to what you believe in, but being strong and having the ability to say no as well.