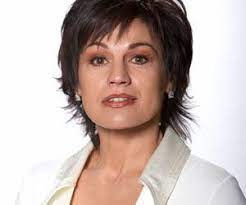 She graduated from Stellenbosch University with a Performing Arts degree in Speech and Drama (Bilingual) and a Diploma in Education from the University of Cape Town.

Michelle has taught Afrikaans, English, and drama, as well as aromatherapy and costume and wardrobe design. She has also received training in translation and presentation.

She met her husband Ian Roberts on the set. They couldn’t stand each other at first, but they quickly realized they were in love.

She got married to Ian at the age of 27 wearing an ivory wedding gown down the aisle to the pulpit. Together, they have a son and a daughter. After eleven years of marriage, the couple divorced, but they remain friends.

She is a well-known South African actress, best known for portraying the role of the super-fairy Cherel de Villiers in Isidingo (1998-2007, 2010).

In 2007, she had a starring role in Binneland Sub Judice for three (3) years. Michelle played Ingrid Jordaan on the M-Net Afrikaans-language soapie Ingrid Jordaan, which she left in 2010.