Uebert Angel (born 6 September 1978) who is formerly known as Uebert Mudzanire or Uebert Angel Mudzanire is a Zimbabwean prophet who is the founder of Spirit Embassy, a Pentecostal ministry in the United Kingdom.

His church known as “Spirit Embassy” was founded in the year 2007 and its name was rebranded to “Good News Church” in October 2015, retaining the “Spirit Embassy” as a term for Angel’s overall ministry.

He is also the founder of The Angel Organisation which is the parent company for his other business interests.

The young charismatic prophet travels by helicopter to preach the message that God wants his people to be as rich as he is. 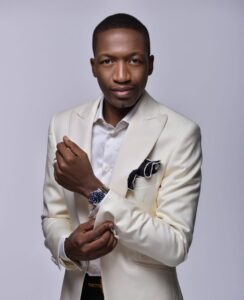 The Charismatic prophet is married to Beverly Angel who is a Zimbabwean businesswoman, author. She is also a ‘prophetess’ within the same church as well as a director of the various companies that she and Uebert Angel own.

After growing up in Masvingo, Zimbabwe, Angel moved to Manchester, England, where he founded the Spirit Embassy ministry in the year 2007.

The church ministry’s growth was so numerous and there are currently 0ver 70 branches in over 15 different countries all over the world.

He has also launched Miracle TV and Good News TV where he carries out regular speaking engagements and broadcasts programs on behalf of the Good News Church.

Angel is also the founder and president of Osborn Institute of Theology, which is an online Bible school and was launched in August 2012

He is believed to have an estimated net worth of over $60 million which he has earned as a successful businessman.