Putla Sehlapelo (born 4 July 1970) is a South African actor who is popularly known for his role as Maloro in the SABC1 mini-series Death of a Queen. 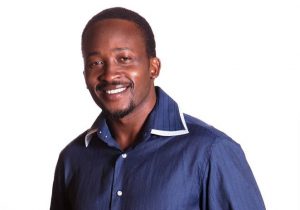 Sehlapelo was born on the 4th of July 1970 in Mpumalanga, Limpopo, South Africa. He is 51 years old as of 2021 and celebrates his birthday on July 4th every year.

The actor studied drama at the University of Pretoria.

Sehlapelo ‘s wife is Neo Sehlapelo. They have three beautiful children together.

In 2003, Sehlapelo made his debut on television with his role as Spike on Generations. He has also been on the SABC1 mini-series Death of a Queen, which aired as part of the channel’s “Shakespeare in Mzansi” strand in 2008.

He has an estimated net worth of $200 000 which he has made from his career as an actor.

Drop your queries regarding Putla Sehlapelo Biography below in the comment box.