Sk Khoza (born 1 July 1986) whose real name is Sthembiso Khoza is a South African actor and television presenter. He plays the role of the trigger happy Shaka on The Queen.

Khoza has also hosted shows such as Mzanzi Ridez and Goal Diggerz. 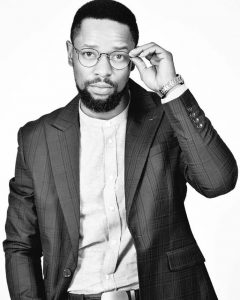 Khoza was born on the 1st of July 1986 in KwaZulu-Natal, South Africa. He is 35 years old as of 2021 and celebrates his birthday on July 1st every year.

Khoza was born to Zulu parents and is the first of three children. His parents are Lindiwe and Stan Khoza. His father is the former national president of Independent Municipal and Allied Trade Union.

His brother, Abdul Khoza, plays the role of Qaphela on Isibaya. He won the SABC1 reality competition Class Act season 2 in 2011. His sister is Natasha Thahane.

Growing up, SK Khoza developed a keen interest in sports. He participated in cricket, soccer, rugby and karate, obtaining his black belt at the tender age of 12.

Khoza had his secondary school education at Parkhill High School. He went on to obtain a Sports Management Degree from the University of Johannesburg.

In December 2020, Khoza proposed to his dentist girlfriend, Mandy Hlongwane and she said yes. The actor posted the video of the proposal, a 37-minute video on his Instagram page.

Khoza has previously dated South African actress Pabee Moganedi. He has children with Lee-Anne Makopo and from his first marriage.

Drop your queries regarding Sk Khoza Biography below in the comment box.