Tshego (born 21 May 1990) whose real name is Tshegofatso Ketshabile is a South African musician who was born in the United States.

Although he was born in the US, he frequently visited South Africa. It was not up until 2002 he relocated and settled in SA.

He was lucky to have had parents who believed in freedom and liberalism. They left him to choose his path which was music instead of forcing him to take a different path. They supported him especially his mother when he decides to face music.

He had fist shown his interest in music right from the age of five (5). At a very tender and young age, he tried learning different musical instruments. Due to his impatience, he was not able to learn a single one. 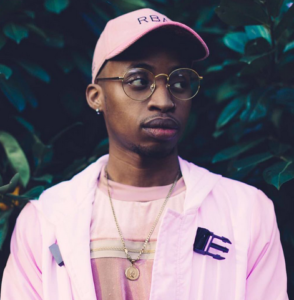 As at the time this post was written, he has no Wikipedia page created for him yet.

In 2019, he left Family Tree to set up his own independent record label. According to him,

“I moved because the time was ripe for me to do so. Cass and Nadia are still my friends but I just felt it was time to invest in my own company which is 258. Everything I drop now will be dropped under 258.”

In the month of July 2019, both him and his beautiful girlfriend welcomed a beautiful baby girl into the world. The little one happens to be his first child.

Some of his songs include:

He has an estimated net worth of $100,000 to $1 million which he has earned from his musical career.

Drop your queries regarding Tshego Biography below in the comment box.