Big Zulu (born 7 April 1987) is the stage name of  Siyabonga Nene. He is a South African rapper, songwriter and rapper best known for his Inkabi rap style. His rise to fame came after he won Back to the City rap contest. 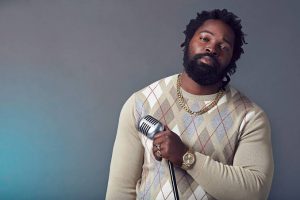 He is is a relationship with Lebogang Makenete and they have a daughter together. Big Zulu also has a son Bulelwa Nazo named Shaka.

The talented rapper started as a taxi driver before his breakthrough in 2013. Big Zulu participated in the Back to the City rap contest and came out as the winner. This opened doors for him and he eventually got signed to Universal Records.

He has also made television appearances in popular South African soapies like Isibaya, Uzalo and Isithembiso.

Big Zulu has an estimated net worth of $200 000 which he has earned from his career as a rapper and actor.

Drop your queries regarding Big Zulu Biography below in the comment box.