Thuli Thabethe (born 5 April 1985) is a South African actress, micro-influencer and brand-strategist popularly known for playing the role of Phumzile Cele on City Ses’la and Beauty on Isibaya. 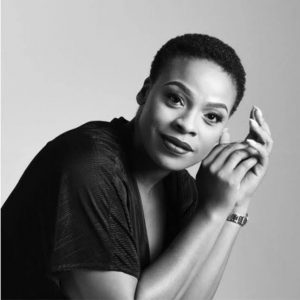 She studied speech and drama at the National School for the Arts in Johannesburg.

Thabethe is not married yet. She was engaged to Thabo Molefi, a radio presenter and DJ at Metro FM. The engagement was later called off in 2010.

Thabethe and Molefi have a son together named Ruri. They remain as friends and are fully involved in raising their son.

Thuli has appeared in a variety of television shows, including Isidingo’s bitchy Maria in 2005, Mtunzini.com’s Detective Maseko in 2005, Hard Copy’s Young Reporter in 2005, and Tshisa’s Doctor in 2006.

She hosted the Mzansi Wethu reality series Our Perfect Wedding in 2013, in which 12 couples attempt to plan the perfect wedding. Brenda Ngxoli took her place after she left the show after one season to focus on her studies.

In 2014, she appeared in the Mzansi Magic sitcom Kota Life Crisis as a guest star.

In 2015, she starred as Mercia Sithole, the mayor’s spokeswoman, in the Mzansi Magic sitcom The Mayor.

Thabethe has an estimated net worth of $300 000 which she has earned from her career as an actress.

Drop your queries regarding Thuli Thabethe Biography below in the comment box.