Stogie T (born 16 August 1981) whose real name is Tumi Molekane is a South African rapper and poet. He was the lead vocalist of Tumi and the Volume, which was officially disbanded in 2012. 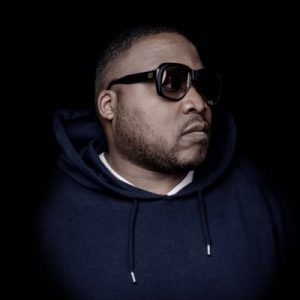 Tumi collaborated with Cincinnati rapper Main Flow on the song “Trade Winds” in 2005. His debut album, Music from My Good Eye, was released in 2006 by his record label, Motif Records.

The record went on to become one of the best-selling South African records of all time.

He was published in The Subterranean Quarterly, an American literary publication, in 2006.

Tumi was also a part of the Dead Prez show in late 2000, as well as the Black August tour to South Africa in 2001.

Tumi rebranded himself as Stogie T in 2016 and released the Stogie T album, which featured Da L.E.S, Lastee, Emtee, Nasty C, Nadia Nakai, and Yanga. From the album, he has two singles.

Drop your queries regarding Stogie T Biography below in the comment box.