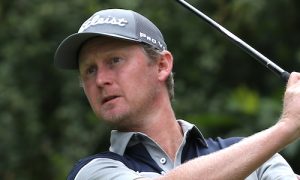 Harding made a rare appearance outside of Africa in July 2018, winning the Asian Tour’s Bank BRI Indonesia Open by a stroke over Scott Vincent. He won the Royal Cup in Thailand by 6 strokes two weeks later, his fourth triumph in three months.

Justin scored a final-round 66 to win the Magical Kenya Open by two strokes over American Kurt Kitayama on March 21, 2021. Alan Burns has been his caddy since October 2018.

He has an estimated net worth of $1 million which he has earned as a professional golfer.

Drop your queries regarding Justin Harding Biography below in the comment box.