His hit single “Drinks And Music ft. Okmalumkoolkat” put him on the map and was featured on the “Soul Candi Sessions 15” album.

In February 2019, he was announced as Apple Music’s first Pan-African Artist Spotlight. 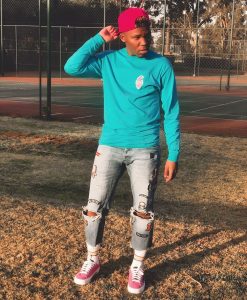 Tellaman grew up in a musical background. His interest in music was sparked by his mother who made him sing in the youth choir at church.

He began writing and recording his own music in 2006 when he was fifteen years old. He makes his music organic by drawing inspiration from everything around him.

It is believed that he was in a relationship with Isithembiso actress Nandi Mbatha.

The album sales passed Gold status and it was nominated for the Best Compilation Award at the 2015 Metro FM Awards. In June 2016 his EP Mind Vs Heart was released, followed by another EP titled Lucid Dreams which was released in February 2017.

Drop your queries regarding Tellaman Biography below in the comment box.