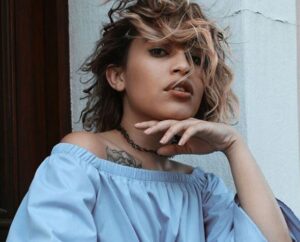 Her musical career started at the young age of 14 while performing in different competitions as a child.

She has participated in different local music workshops which have helped her develop as an artist and also encouraged her to pay it forward. She founded a community youth initiative called Utopia, which serves as a professional platform for young aspiring artists and performers in Cape Town.

She dropped her first single “Imposter” off her debut Extended Play titled The Evolution of a Robot in September 2015. On the 25th of September, she released a 20 track project titled Evolution of A Robot 2nd Generation with features from Kid X, Nasty C, Gemini Major, Lastee, Crowned Yung, Tellaman amongst others.