Lucas Radebe (born 12 April 1969) is a South African retired professional footballer who played as a centre back for Kaizer Chiefs, Leeds United and the South African National team.

He began playing in South Africa with Kaizer Chiefs, before transferring to Leeds United, where he played 256 matches for the Yorkshire side. During his spells at these clubs, he picked up the nicknames “Rhoo” and “The Chief”.

He became captain of Leeds United and also of the South African national team, most notably at World Cup 2002. Nelson Mandela said of Radebe: “This is my hero.” He also captained Kaizer Chiefs during his time at Chiefs. 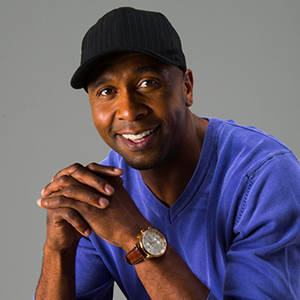 His wife Feziwe died of cancer in October 2008. In December 2008, Radebe was treated for a heart complaint after collapsing while at the gym. Radebe married his second wife at the end of 2015.

Radebe originally started his career with the Kaizer Chiefs as a goalkeeper, and then switched positions to central midfield and then finally to central defence.

Radebe would later return to the goalkeeping position for future club, Leeds United after goalkeeper Mark Beeney was sent off during Leeds’ match against rivals Manchester United.

In 1994, Radebe and another South African player, Philemon “Chippa” Masinga, moved to Leeds United for a transfer fee of £250,000. Radebe was only included in the deal to keep Masinga happy; as it turned out, he became the more valuable investment.

Initially, the move was not a success; Radebe did not agree with then Leeds manager Howard Wilkinson, and suffered injuries which prevented him from earning a regular first-team place.

However, when Wilkinson was replaced by George Graham, his career flourished and Radebe was made captain of the team for the 1998–99 season.

Whilst he was captain, Leeds enjoyed a period of relative success; in the 1998–99 season, they finished fourth in the FA Premier League, qualifying for the UEFA Cup. During the 1999–2000 season, Leeds finished third in the Premier League and qualified for the following season’s Champions League, where they eventually reached the semi-finals.

During this time, Lucas Radebe turned down the chance to move to Manchester United, A.C. Milan and Roma. Alex Ferguson commented at the time, “Everyone should be interested in Lucas.”

In 2000, he was awarded the FIFA Fair Play Award. However, in 2000 Radebe sustained serious knee and ankle injuries, which kept him out of the game for almost two years, and subsequently found it difficult to regain his form and his place in the team.

At the end of the 2005 season, Radebe retired from professional football. Leeds held a testimonial for Radebe at Elland Road on 2 May 2005 attended by a crowd of over 37,886.

Lucas Radebe also held a retirement match in Durban, South Africa between a South African Invitation XI and Lucas Radebe All-Stars at Kings Park Soccer Stadium. The proceeds from both of these matches were combined with other money raised and donated to charity.

On 28 August 2006, Radebe announced that he was going back to Leeds after failing to secure a job with the World Cup hosts to be involved in the set-up of Bafana Bafana.

He said he was “tired of waiting for unreliable people” who had allegedly promised him a role in the national team set up as the South African Football Association prepared to host the next World Cup in 2010.

In 2008, a local Leeds brewery asked for suggestions for a new beer; the most popular suggestion was Radebeer, showing the Leeds fans’ admiration of Radebe.

On 8 October 2009, The English Football Association announced Radebe as an ambassador to help boost the 2018 World Cup bid.

A biography, Lucas: From the Streets of Soweto to Soccer Superstar by Richard Coomber was published in 2010.

In May 2010 he won the PFA Merit Award for his contribution to football.

During the FIFA 2010 World Cup, Radebe was a pundit for ITV’s match coverage and also a columnist for The Daily Telegraph.

In October 2013, Radebe announced that he was set for another emotional return to the Elland Road ground at Leeds, to be presented to the crowd on Sunday, 30 October 2013.

On 23 January, it was confirmed that Boxer Josh Warrington would fight IBF world champion Lee Selby (26-1) in his first world title fight on 19 May at Elland Road with Radebe joining Warrington for the ringwalk.

On 19 May, Warrington secured a split-decision victory over Selby to claim the title. With Radebe as part of Warrington’s ringwalk and band Kaiser Chiefs also played songs at the event.

Radebe was first included in the South African national team in 1992 and he made his international debut on 7 July 1992 against Cameroon.

In 1996, he was a member of the South African team that won the African Nations Cup. This triumph, coupled with the country’s earlier victory in the Rugby World Cup helped to establish the country as a real force in the world of sport.

Radebe was also the captain of the South African national football team during both the 1998 FIFA World Cup and 2002 FIFA World Cup. South Africa failed to reach the knockout stages on both occasions; however, Radebe did get on the score sheet in 2002.

He earned 70 caps for South Africa and scored two goals during his international career, with his last match being against England on 22 May 2003.

After retiring, Radebe was influential in South Africa’s successful bid to host the 2010 World Cup. He could also be seen working as a pundit for South African television and during ITV’s coverage of the tournament.

He has an estimated net worth of $1 million which he has earned as a footballer.

Drop your queries regarding Lucas Radebe Biography below in the comment box.