Nicky Oppenheimer (born 8 June 1945) is a South African billionaire businessman and philanthropist. He is the former chairman of De Beers Diamond Mining Company and the Diamond Trading Company

He was also the former deputy chairman of Anglo American. His main origin of wealth is Diamonds.

As a philanthropist, he and his son Jonathan Oppenheimer established the Brenthurst Foundation in 2005. 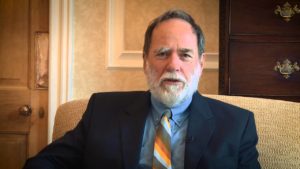 It was done to contribute to the debate around strategies and policies for strengthening Africa’s economic performance and enabling inclusive and sustainable development.

Oppenheimer was born on the 8th of June 1945 to Bridget (née McCall) and Harry Oppenheimer. He is 76 years old as of 2021 and celebrates his birthday on June 8th every year.

He is the grandson of Ernest Oppenheimer, founder of Anglo American and the first generation of the family to head (from 1929) the De Beers diamond mining company in South Africa

Oppenheimer was attended Harrow School and Christ Church, Oxford, where he studied Philosophy, Politics, and Economics and took the Oxford MA

In 1968, Nicholas F. Oppenheimer got married Orcillia “Strilli” Lasch, daughter of industrial tycoon Helli Lasch and together they both have a son who is Jonathan Oppenheimer, a businessman just like his father.

According to the recently released Forbes list, Nicky Oppenheimer currently has a net worth of over $7 billion thereby making him the richest man in South Africa.

Drop your queries regarding Nicky Oppenheimer Biography below in the comment box.