He was appointed Deputy Minister of Police in the cabinet of Jacob Zuma in May 2009 and later became the Minister of Sport and Recreation after President Jacob Zuma changed his cabinet. 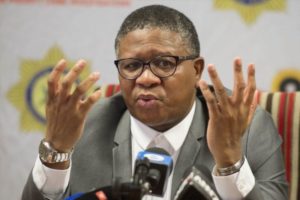 He is married to Nozuko Mbalula.

He has a Masters Degree in Economics. He is also Trained in Leadership Skills.

Drop your queries regarding Fikile Mbalula Biography below in the comment box.