Dan Plato (born 5 October 1960) is a South African politician and current Mayor of Cape Town having held the position since 6 November 2018. 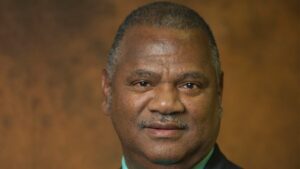