Motsoaledi Setumo (born 15 April 1991) is a South African radio producer and actress known for her role as Thabitha Cele on the SABC1 soap opera Generations: The Legacy. 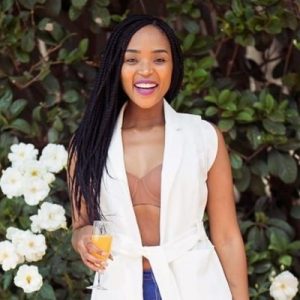 She studied Media Studies and specialized in Radio Broadcasting at Boston Media House, from 2011-2013.

Her first credited screen playing job was on Generations in June 2015. She went through three auditions before landing the role of Thabitha.

When she was eight years old, her mother was involved in a vehicle accident, and she resided with relatives for years while her mother recovered from the accident, which left her quadriplegic.

She starred as Tselane Dlamini in the Mzansi Magic drama Greed & Desire from 2016 to 2017.

She got a recurring role as Mmabatho on Mzansi Magic’s soap opera The Queen the following year, with her first appearance in Season 2, Episode 124. (which aired on Thursday 18 January 2018).

Drop your queries regarding Motsoaledi Setumo Biography below in the comment box.