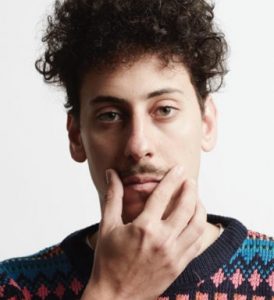 Bezuidenhout’s creative and original touch points during his performances allow audiences to identify and spot the humor even in a bad situation.

During his student years, he began to question issues about society and this is how he decided to become a comedian so that he could highlight strange views and customs in society in a light, comic way.

In 2018, Bezuidenhout got the role of Johan Niemand in the film, Kanarie, which is based on the experiences of co-writer and music director, Charl-Johan Lingenfelder. The film was well received and pushed boundaries in terms of people’s preconceived notions about homosexuality.

Drop your queries regarding Schalk Bezuidenhout Biography below in the comment box.