Motshabi Tyelele is a South African actress, playwright, and voice coach known for her television roles as Thando in Suburban Bliss, as Sophie in Generations. 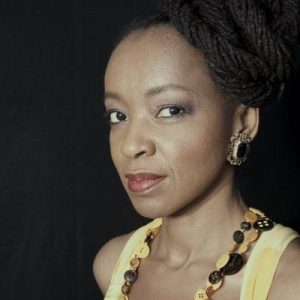 Motshabi Tyelele studied Speech and Drama at the University of Cape Town, then PRISA (Public Relations Institute of South Africa) and the Royal National Theatre Company in London, where he received vocal instruction.

Motshabi has vast experience as an actor in cinema, television, and theater. Takalani Sesame, the SABC1 drama Soul City, and the hard-hitting, renowned SABC1 drama series Yizo Yizo are among her many television performances.

Mirror Mirror, Khululeka, Motsamai, and Kelebone are some of the other TV programs in which she has appeared. She was also the host of Crossover, a young conversation show.

The Blacks, Robinson Crusoe, Mrital Bliss, Kweku Anansi, Chameleon, Two Weeks in September, and King Ibu are some of the other theatre plays in which she has appeared.

After a tremendously successful season at the Hampstead Theatre in London, Motshabi performed alongside John Kani in Nothing But the Truth, which toured the UK.

Drop your queries regarding Motshabi Tyelele Biography below in the comment box.