Mothusi Magano (born 26 March 1979) is a South African actor known for his roles in the popular serials Tsotsi, Scandal! and Intersexions. 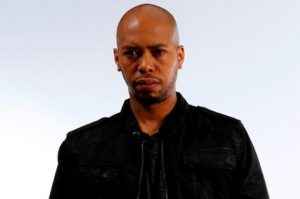 In 2006, he starred in the SABC3 drama series The Lab as Charles “Mingus” Khathi. He continued to portray the character until 2009, when the show became extremely famous.

He began acting at the Mmabana Cultural Center, where he appeared in A Dragon For Dinner, a pantomime. He joined the Wits School of Dramatic Art in 1998.

In his first year at Wits, he auditioned for every play and was cast in two stage productions: Death and the Maiden and Little Shop of Horrors.

In 2003, he was cast in one of his friend’s productions, The Third Man, as ‘Harry Lime.’ Then, in Gums and Noses, he made his first film appearance.

In 2011, he appeared as a guest star in the series Intersexions, and in 2012, he appeared in 90 Plein Street. In the 2013 television series Tempy Pushas, he portrayed his second lead role.

In the same year, he was cast as mystery assassin ‘The Dustbin Man’ in the popular soap opera Scandal! He earned the SAFTAS Award for Best Actor and the award for Best Actor in a Leading Work in 2014 for his role in the series Of Good Report.

Drop your queries regarding Mothusi Magano Biography below in the comment box.