Mongane Wally Serote (born 8 May 1944) is a South African poet and writer. He was inaugurated as South Africa’s National Poet Laureate in 2018. 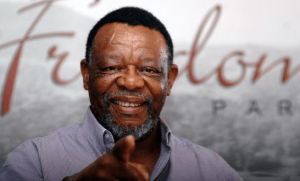 Mongane Wally Serote received the Noma Award for African Publishing in 1993. The Chilean government honored him with the Pablo Neruda award in 2004.

He was the CEO of Freedom Park, a national heritage site in Pretoria that opened in 2007. He has served as the chair of the parliamentary select committee for arts and culture.

He is a member of a few advisory boards in the country that deal with issues related to the arts, culture, indigenous knowledge, and the African Renaissance.

Drop your queries regarding Mongane Wally Serote Biography below in the comment box.