Andile Ncube (born 4 October 1981) is a South African TV personality and producer. He has been in the television industry since 2003 and has made a good name for himself. 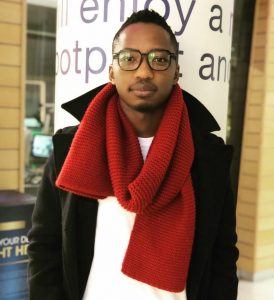 He attended seven different primary schools all over South Africa but eventually returned to Johannesburg to settle.
Ncube went on to Pretoria Technikon where he studied Journalism. He then enrolled at AFDA to specialize in film and drama.

His parents divorced when he was 12 years old and so had to live with his mother while growing up. He has two siblings; Sabelo and Sisi.

Ncube was married to Ayanda Thabethe but the marriage only lasted for two years before they both decided to go their separate ways.

The television presenter is currently in a relationship with Sebabatso Mothibi has a daughter with her ex-husband, DJ Choice.

He presented Vuyani Mzantsi for SABC2, did the Nokia around the World Challenge for M-Net, acted in several short films and did a couple of adverts before being cast as the host of One – the precursor to LIVE.

At the of April, 2008 Urban Brew, production house to the show, announced that Andile would be leaving as presenter to move into the role of executive producer.

He has an estimated net worth of $1 million