Marc van Heerden (born 16 March 1988) is a South African footballer who plays as a left-back for Stellenbosch F.C. in the South African Premier Soccer League. 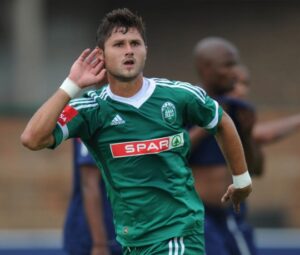 Van Heerden made his international debut for South Africa in a 2-0 victory against Burkina Faso on 17 August 2013.