Daylon Claasen (born 28 January 1990) is a South African international footballer who currently plays professionally as a winger for Maritzburg United.

He made his international debut for South Africa in 2010. 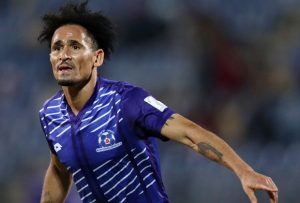 He played his youth football with Leicester City Klerksdorp and Vasco Da Gama. Claasen has playing professionally in  South Africa, the Netherlands and Belgium for Ajax Cape Town, Ajax and Lierse respectively.

On 21 August 2013, he signed a one-year contract with Polish club Lech Poznań.